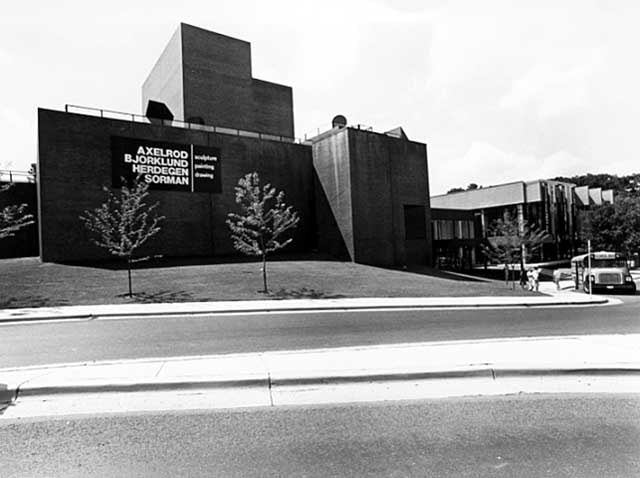 Summary:
The 1971 Walker Art Center building is a triumph of Late Modernism. The plum-brick clad central six-story tower has loftlike galleries wrapped around a core. Barnes’ attention to flow through the building is evident as the visitor moves up, scale changes of the gallery volumes are made perceptible by subtle formal moves: a skylight, a small stair, and increasing ceiling heights all the way up to three terraces.

Others Associated with Building/ Site:
Martin Friedman, director of Walker Art Center at the time
​
Significant Alteration(s) with Date(s):

The site of Walker Art Center is adjacent to two of Minneapolis’ main thoroughfares, Hennepin and Lyndale Avenues, running North/South on the east side of the site. Before the 1971 building was constructed, a highway entrance was added above Hennepin/Lyndale, and the intersection widened. The land for this roadway was donated by Thomas Lowry, namesake of the Lowry Hill area. Excavation for the roadway provided soil to infill the marshy terrain to the east and west sides of the streets. To the north of Vineland Place is now the expanded Minneapolis Sculpture Garden. Prior to the construction of the highway entrance, this plot was Kenwood Gardens, operated by the Park Board. Prior to the 1930s, this plot and the land now bisected by Bryant Ave were owned by the Minneapolis National Guard. An Armory building with adjacent garden stood on the land from 1913 to 1939, when the building was demolished due to 13” settling at foundation, due to the marshy terrain. The landscape of the Minneapolis Sculpture Garden has been updated multiple times to account for these soil conditions. 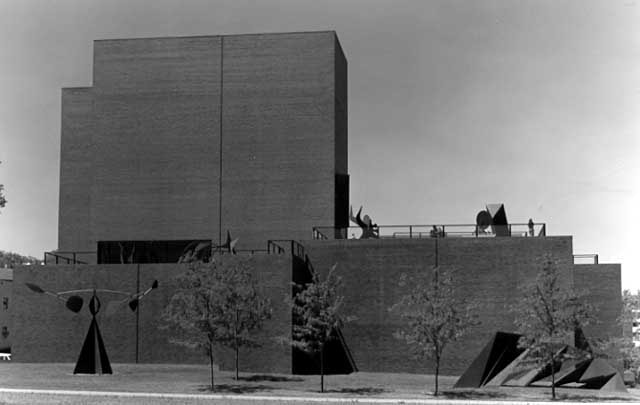 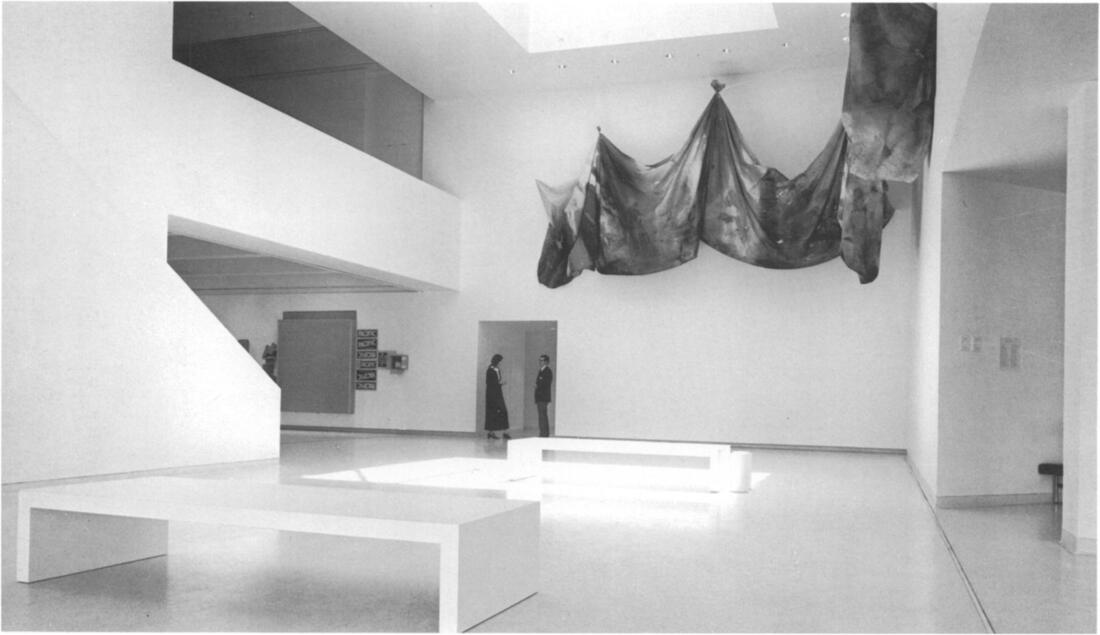 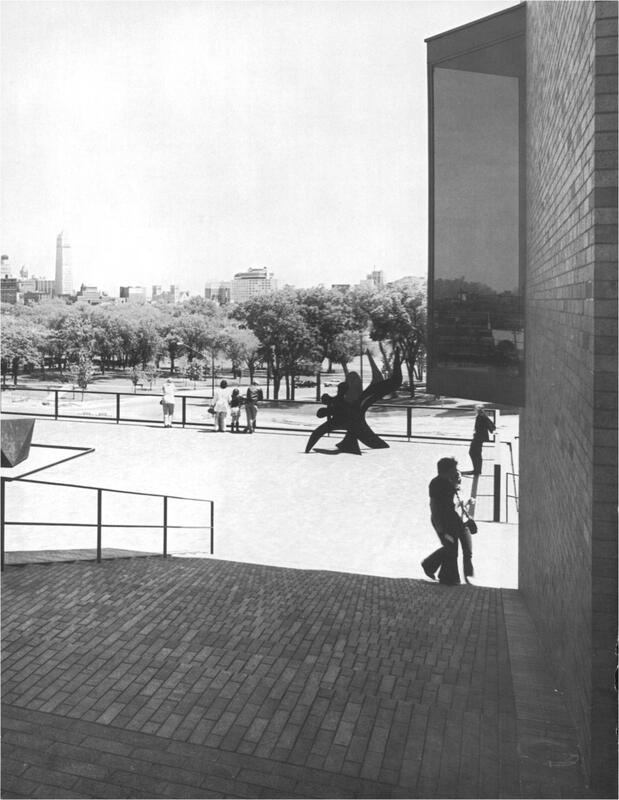 Blake, Peter. (1974). Brick-on-brick and white-on-white: the Walker Art Center may be the best modern museum in the U.S. Architecture plus volume 2 (Issue 4).