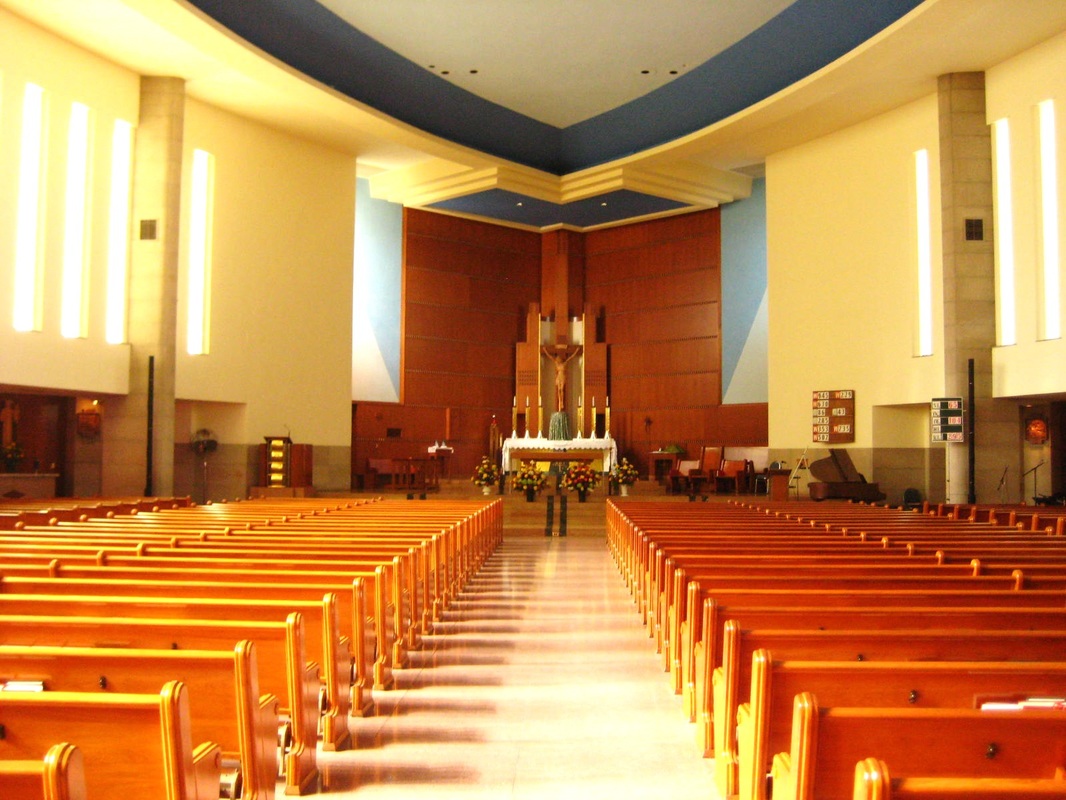 Use:
Religious (historic and current)

Description:
Following World War II, the parish of St. Columba outgrew its original 1915 church.  Barry Bryne, a designer who studied under Frank Lloyd Wright, was hired to design a new church in the modernist style.

From its position on the north side of Lafond Avenue midblock between Hamline Avenue North and North Syndicate Street, the church angles to the northwest.  According to Larry Millet, “its pointed oval or “fish” shape is one that Byrne first used for a church in Kansas City, MO, in 1949.”[i]  The plan shape is loosely based on the Christian symbol known as Ichthys consisting of two intersecting arcs, with the ends on one side extended beyond the intersecting points to create a fish profile.[ii]  A tower, attributed to Pastor Casey’s request for a round “Irish” tower,  anchors the southeast point of the church near the main entrance.[iii]

The church’s smooth cream-colored limestone veneer is punctuated by tall, narrow windows which bath the nave in soft light.  Bands of horizontal windows containing blue and yellow stained glass delineate the side aisles.  A stylized granite cross is prominently featured above the main entrance.