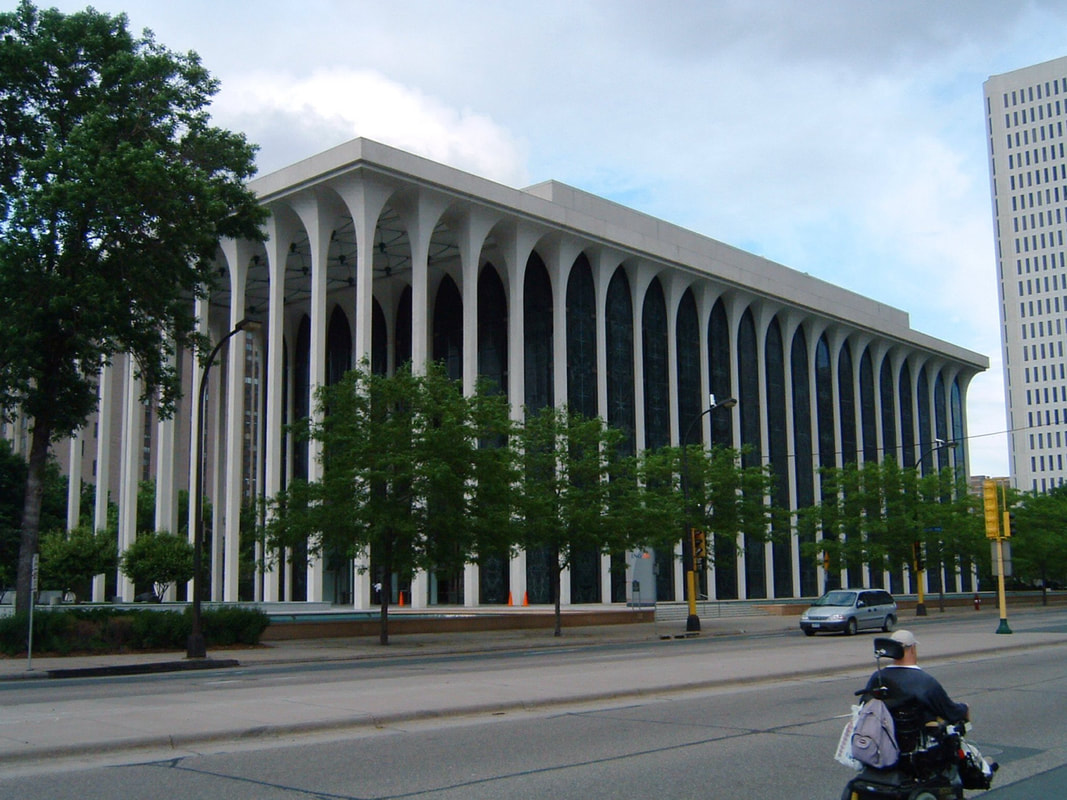 Description:
Yamasaki is most known for his design of the original World Trade Center Towers in New York City. The Northwestern National Life Insurance Company, although completely different in design approach, has been highly praised as another of his most prominent works. Slender columns form a portico rising eighty feet high. The simple, clean white structure is beautifully proportioned and is an excellent example of the neo-classic, or New Formalist, architectural approach.
(Adapted from A Field Guide to Landmarks of Modern Architecture in the United States, by Miriam F. Stimpson)

The Northwestern National Life (NWNL) Building opened in 1965. Located at the edge of downtown’s former Gateway District, a portico at one end frames a continuous visual line down Nicollet Mall to the Hennepin Avenue Bridge. Six stories and 220,000 square feet of office space are wrapped in a dignified colonnade, the white arches coming to points and flaring out at the cornice. Large panels of Vermont verde-antique marble are set into the void of the arch in a book-leaf pattern.