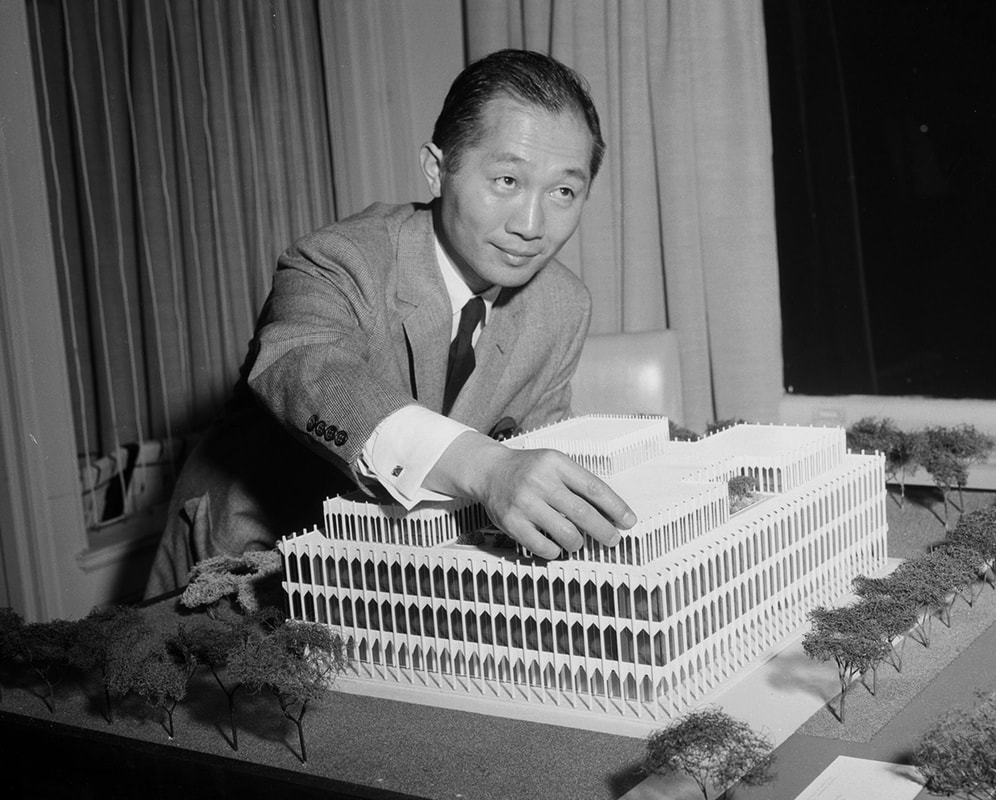 Yamasaki was born in Seattle, WA in 1913, a member of the Nisei generation of Americans, born to parents who immigrated from Japan. Yamasaki’s family and other Japanese-American families in the United States prior to at the time of the attack on Pearl Harbor were subject to extreme racism, in particular on the West Coast. The period of internment of Japanese-Americans lasted from 1942-1945, when racist and xenophobic legislation caused the imprisonment and forced relocation of 120,000 people of Japanese descent in the United States.

Also in 1962, Yamasaki received the commission for the new World Trade Centers, to be built in Manhattan. This newsworthy, $270 million, 15-acre commission brought Yamasaki’s design ethic and body of work into critical discourse. In the New York Times, architecture critic Ada Louise Huxtable pinpointed the debate over Yamasaki’s designs, writing, “Materials are sumptuous; surfaces are intricate. These are exotic, elaborate designs intended to delight the senses. To many architects trained in the severe modern school, they represent nothing short of heresy.”
1962-1966