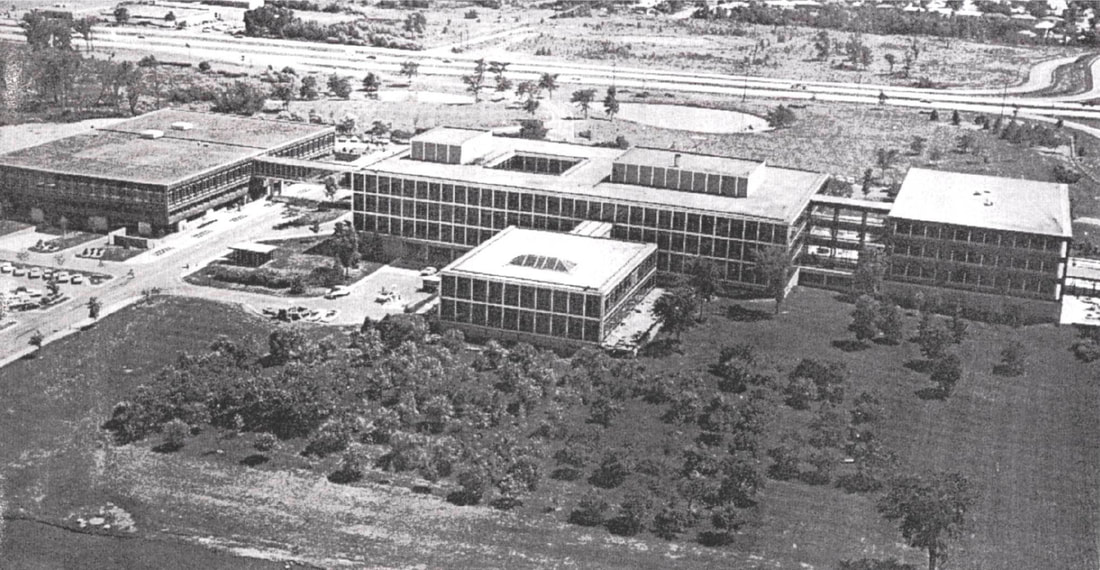 Current Use and Condition:
Well-maintained / Active original use.

Description:
​General Mills relocated from downtown Minneapolis to Golden Valley in 1958, and hired Skidmore Owings and Merrill to design this originally, now 85 acre, corporate campus.  The building has been expanded 12 times, including significantly in 1963, and 1967.  The building underwent a major addition and renovation in 2004 after acquiring Pillsbury corporation, adding 480,000 square feet of office and employee use space and contracted with landscape architecture firm Oslund and Associates to transform the grounds into a modernist masterpiece with contemporary ecological functions.
Prepared by: Peter Crandall, August 2017
Docomomo US MN