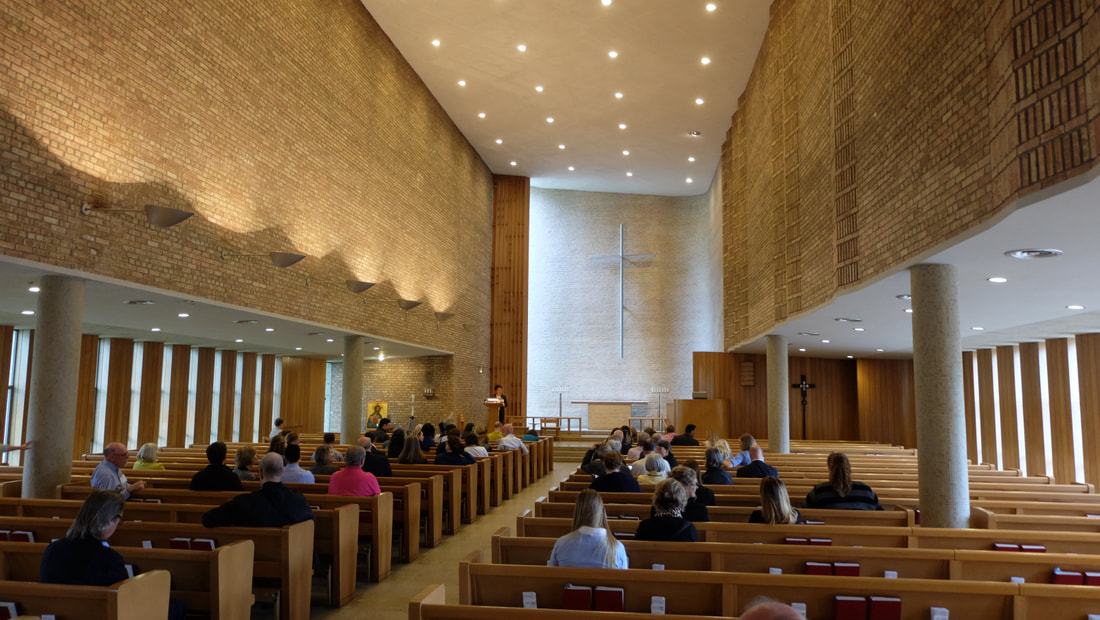 Description:
Designed and constructed in 1948-49, Christ Church Lutheran holds national significance as one of the most celebrated works by Eliel Saarinen. Through his adept use of materials, proportion, scale, and light, with Christ Church Lutheran Saarinen created a building having great dramatic effect and architectural impact, yet one that also retained a human scale and possessed a feeling of serenity and repose. Historian and Saarinen biographer Albert Christ-Janer has observed that Christ Church is considered by many to be his masterwork. Remarkably, the church complex also includes an addition designed in 1962 under the direction of Eliel Saarinen’s son, Eero. The sensitive design of the Education Wing respects the earlier portions of the assemblage, and stands as the complementary fulfillment of Saarinen Sr.’s original concept for the Christ Church Lutheran commission.
Docomomo US MN