Join Docomomo US/MN for the annual Fall Tour Day on Saturday October 12, 2019! This year's tour features mid-century modern homes by notable architects across the Twin Cities. Tour locations will be added to this page in the weeks leading up to the tour.

Docomomo US/MN returns to University Grove for the morning session of the 2019 Fall Tour on October 12. Check in at the tent near 2151 Folwell Ave. to receive your tour wristband for the day. Park once and enjoy an encyclopedic city-block walk of mid-century Minnesota architects. Four homes along either side of Folwell Avenue will be open for interior tours – including designs from Ralph Rapson and Tom Van Housen. 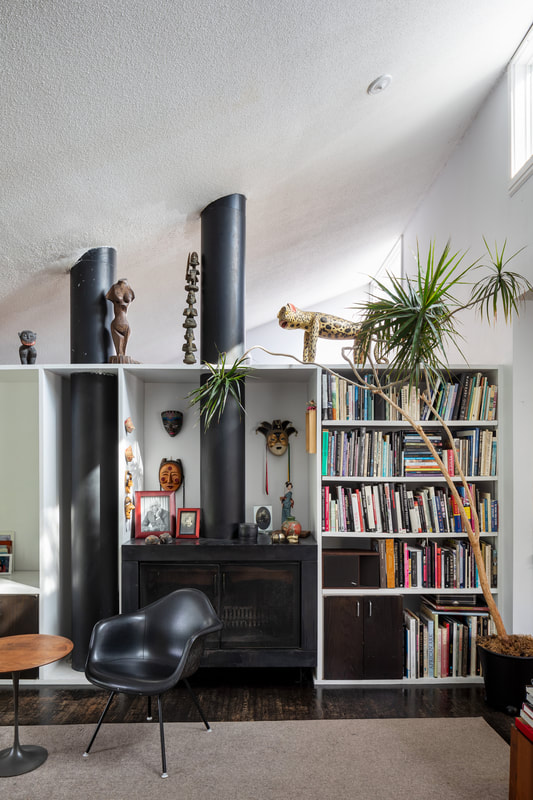 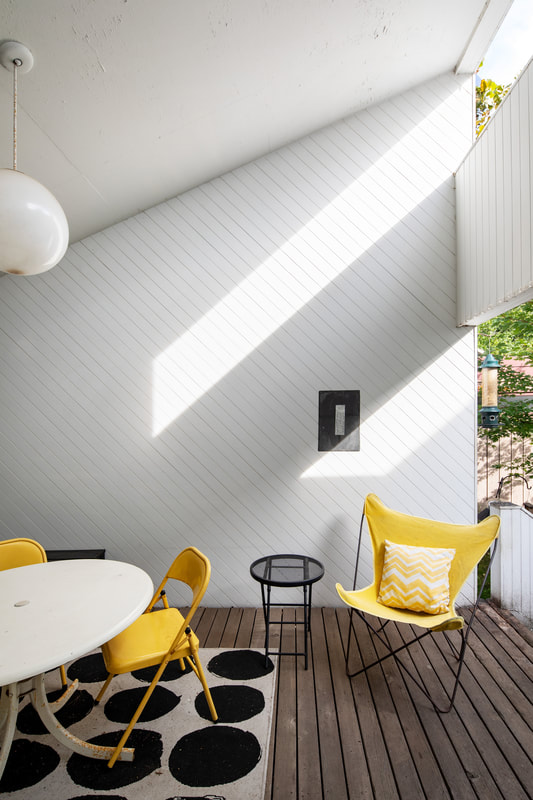 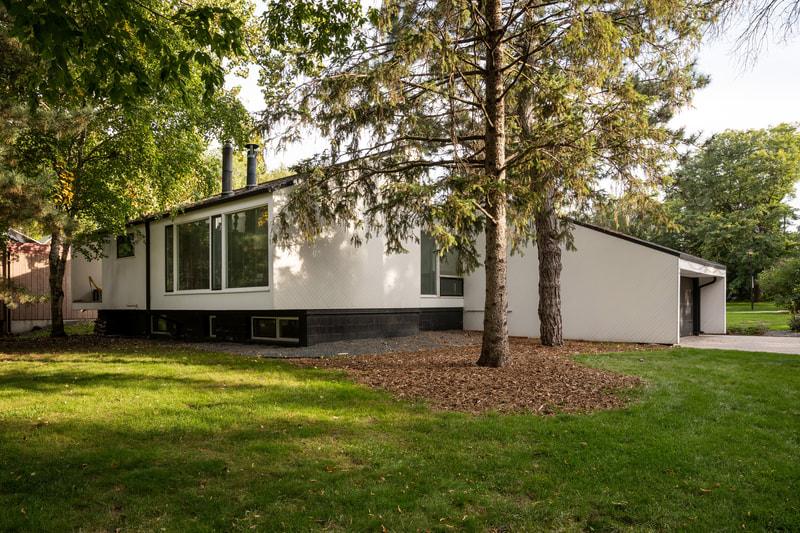 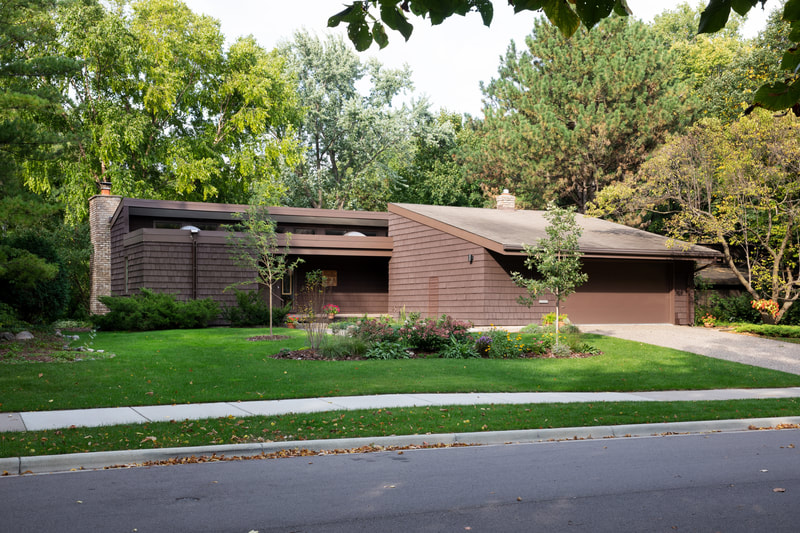 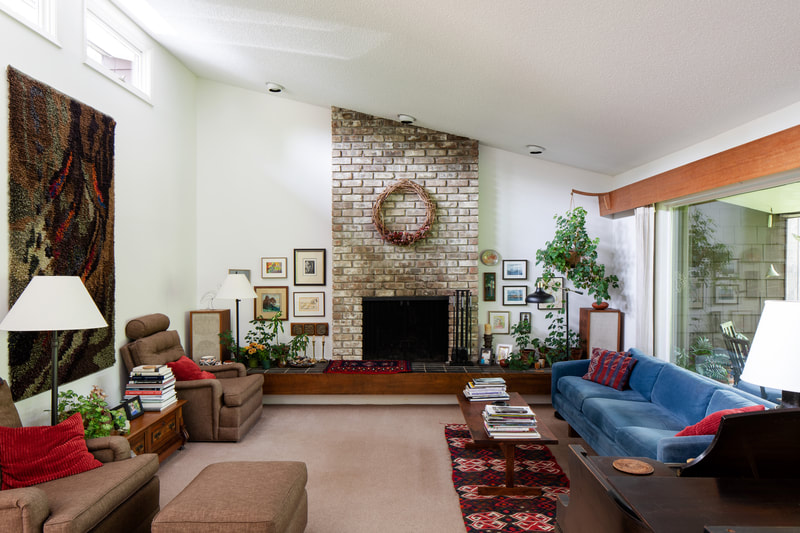 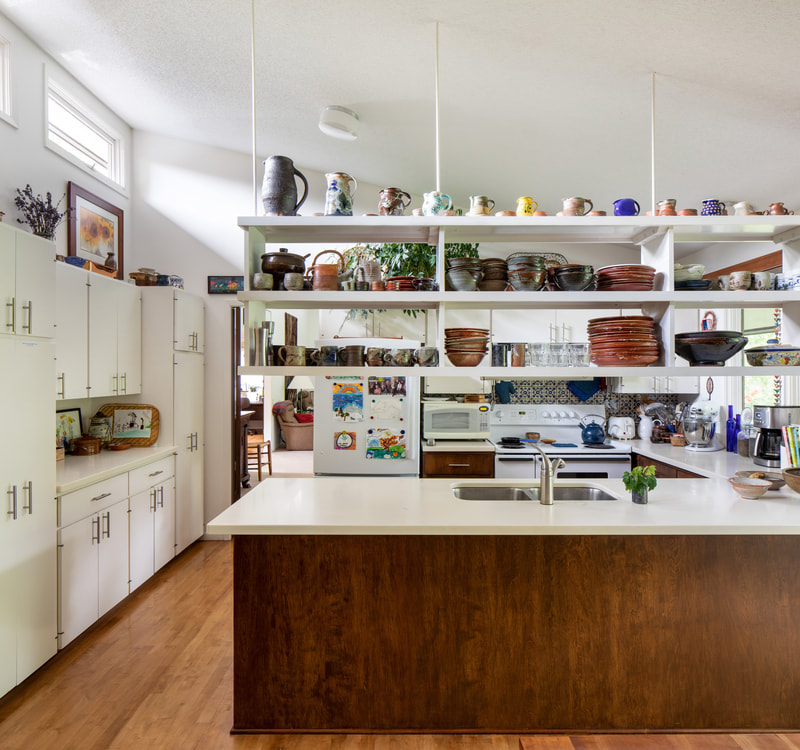 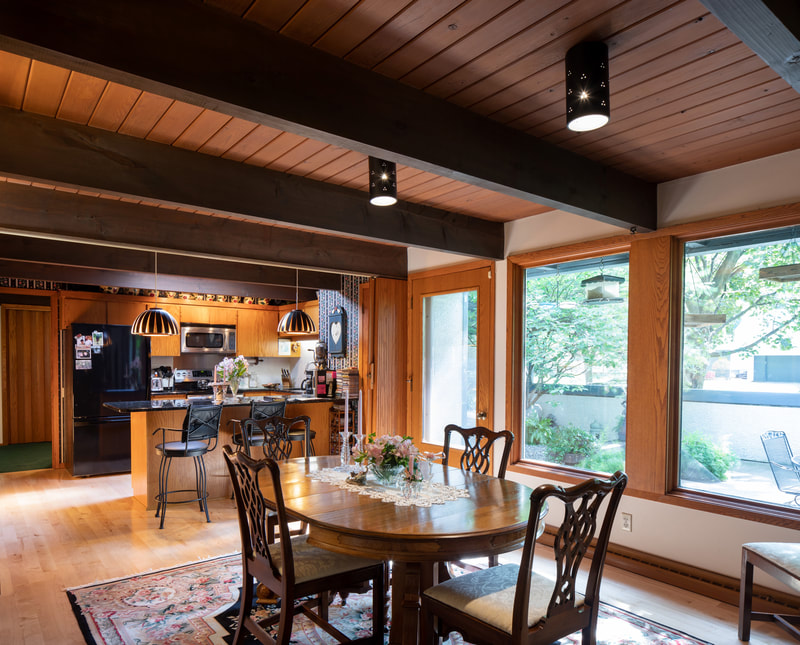 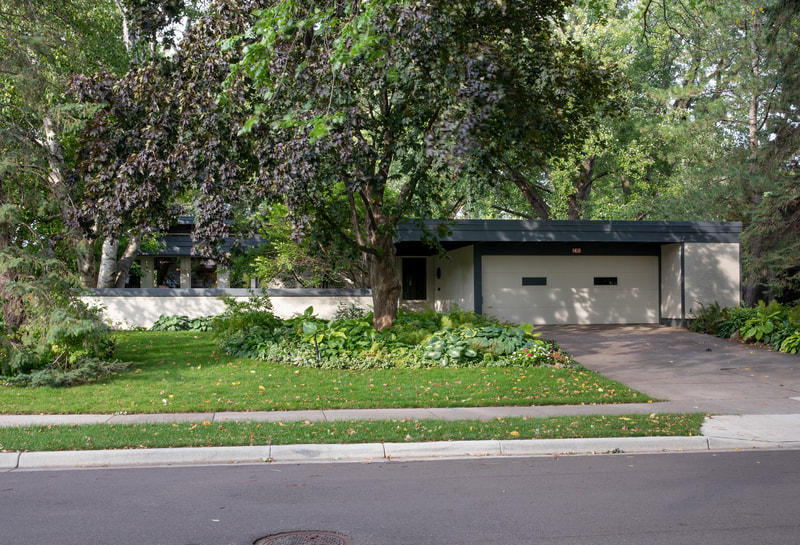 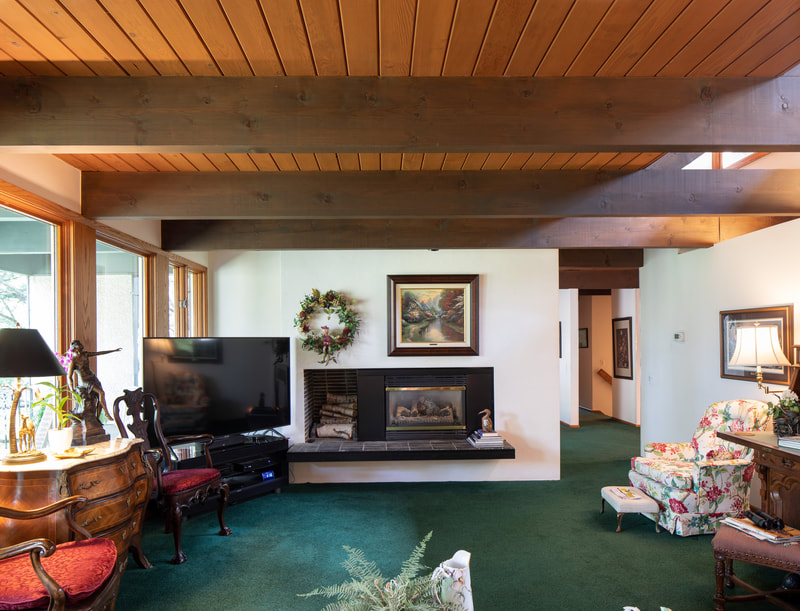 Docomomo US/MN is excited to feature this home with unique connections to Minnesota's modern historical roots and a special connection to Docomomo US/MN!

Built in 1948 for University of Minnesota faculty members Boyd Thomes and Art Naftalin (the latter would later become a four-term Minneapolis mayor), this Prospect Park duplex was designed by architect Elizabeth "Lisl" Close of the nascent Close Associates.

After serving as a rental property for much of the 1990s and 2000s, the current owners embarked on an extensive remodel and addition in 2016 as they downsized from their large family home in St. Paul. As part of their research, the homeowners attended Docomomo US/MN home tours in 2012-2013 to see other Close Associates properties and gain insight and inspiration. Eventually the owners engaged Close Associates to design the addition, modernizing the home while keeping the feel and intent of the original. 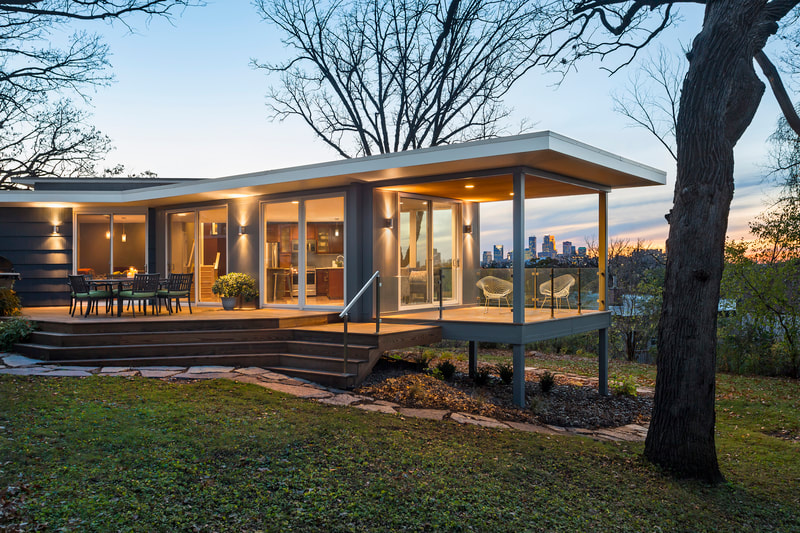 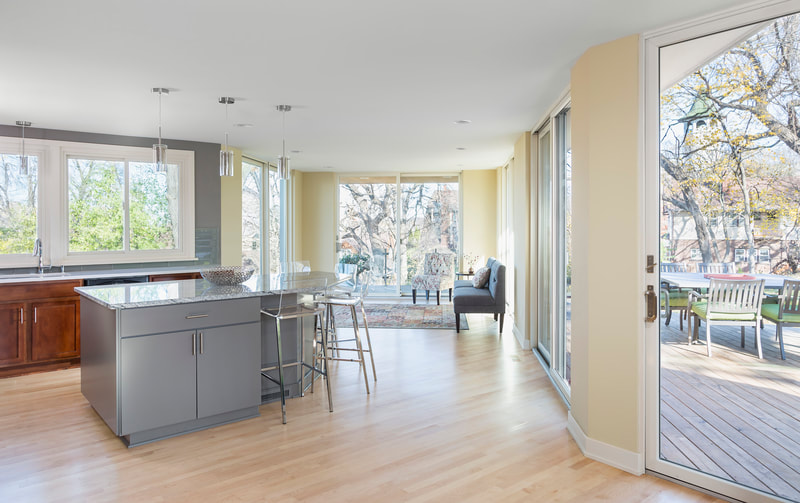 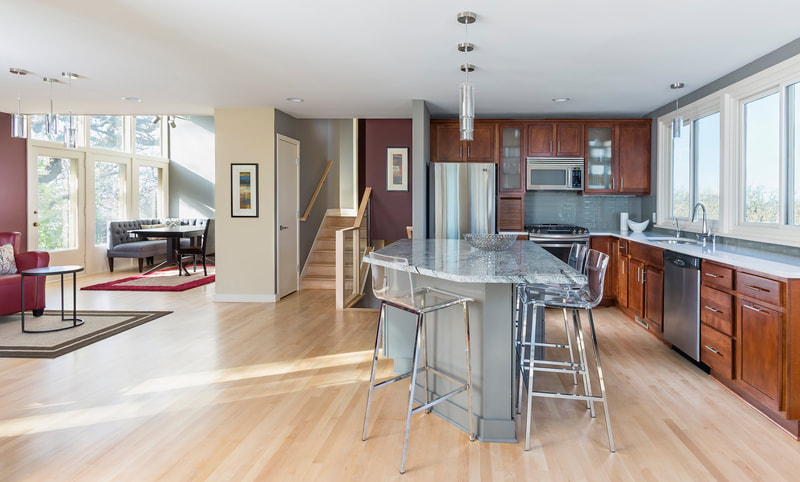 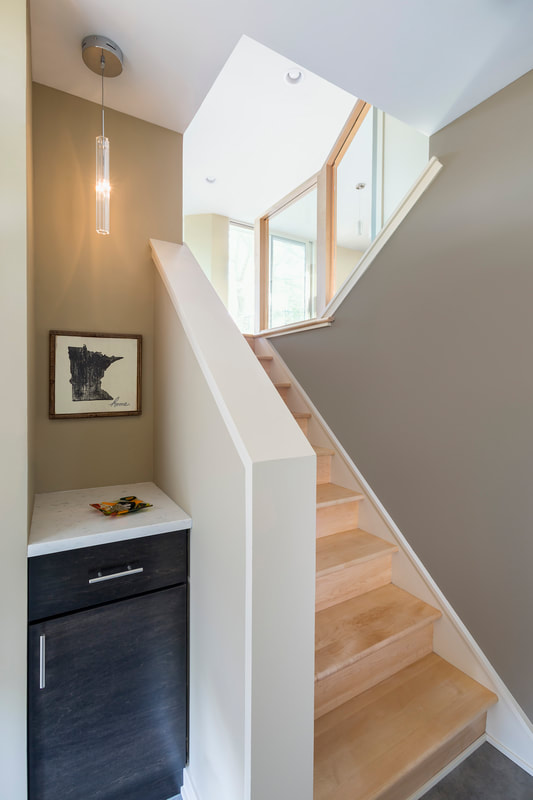 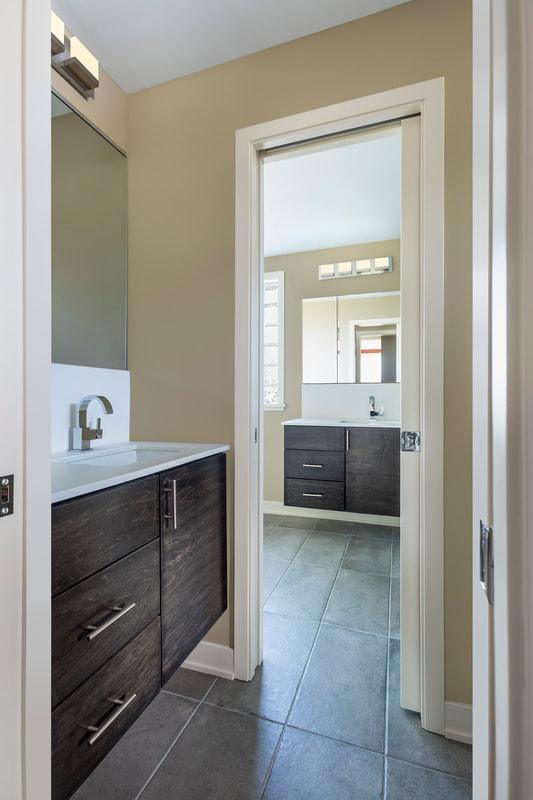 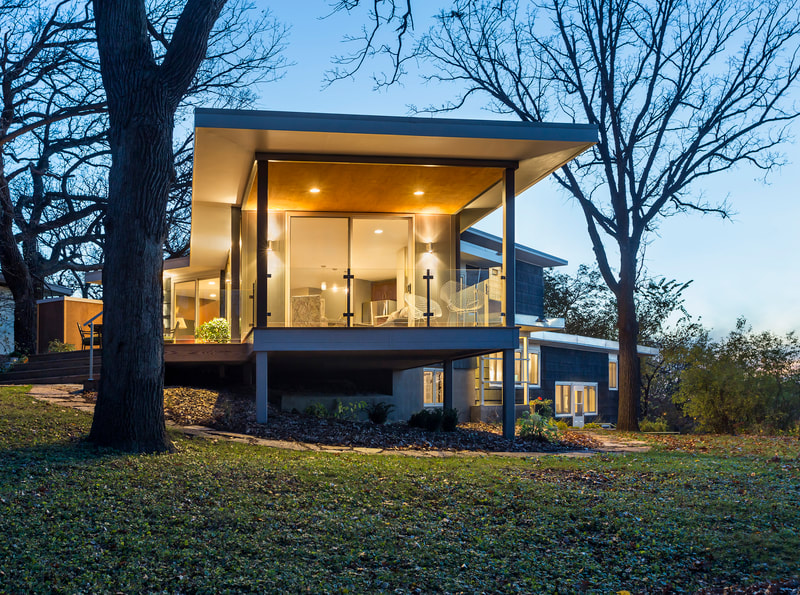 Photos by Andrea Rugg
Get Tickets!
The Star House

This angular modern marvel was designed by architect Arthur Dickey for a University of Minnesota psychology professor, who wanted the house to be designed in the shape of a Star of David. Built in 1973, the house is clad in wood slats and brick, with its six-pointed shape forming unique sitting areas, a mezzanine, and outdoor spaces. Dickey sited the house perfectly on its forested site over a stream.

Over the years, various owners made creative uses of the light-filled interior spaces, including pottery and photography studios. Framed plans from the original blueprints  hang in one of the bedrooms.

Major renovations in 2000 and 2013 rearranged and modernized the layout of the main level and enclosed former porch and deck areas. The current owners moved into the refreshed home in 2018, changing only the furnishings to warm up the white, modern interior. The owners love the windows framing views of the woods throughout the home, and enjoy watching foxes and other critters from their master bedroom on the lower level. "Wherever you sit, you only see trees!" 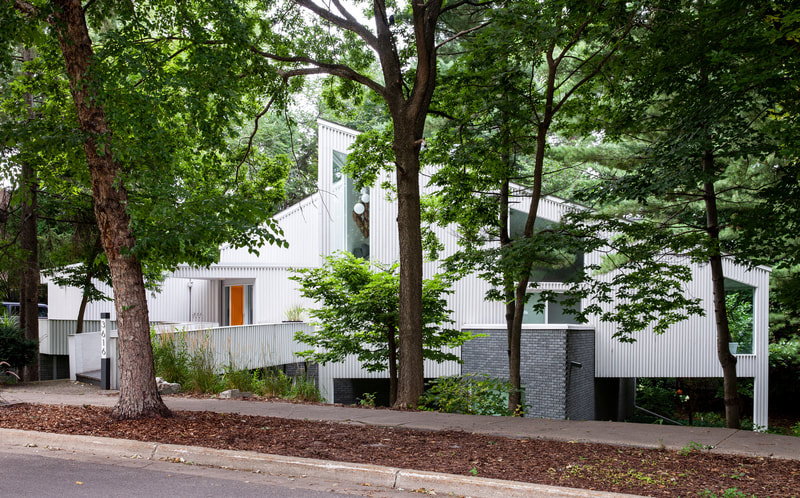 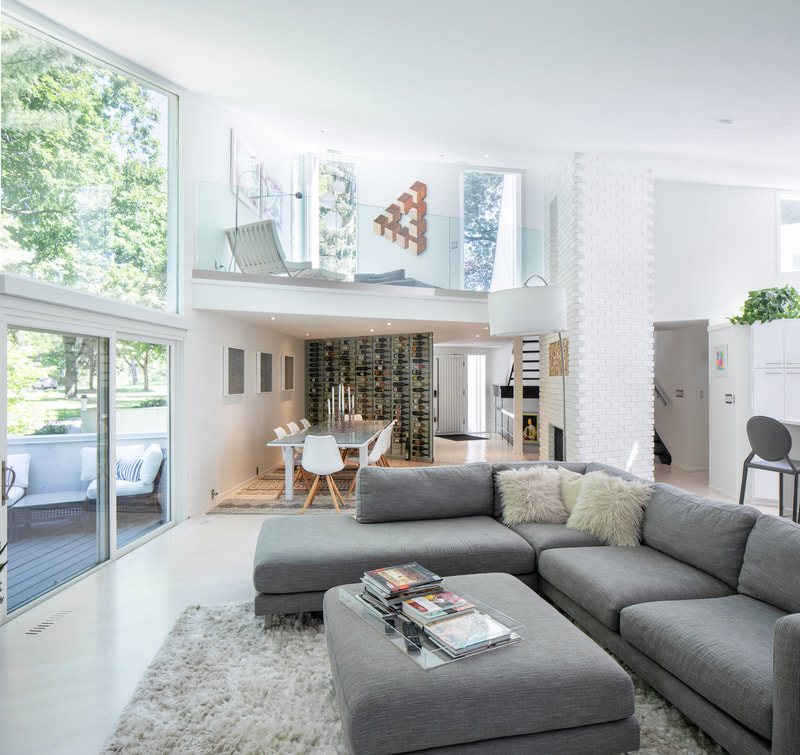 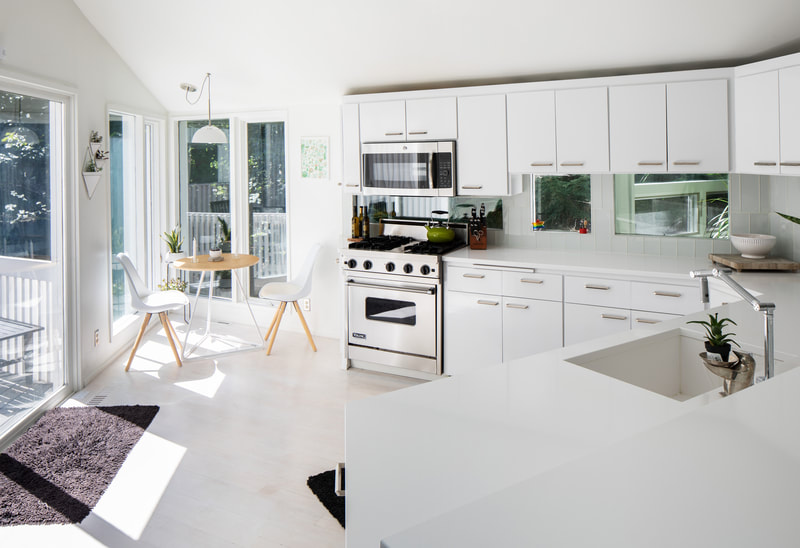 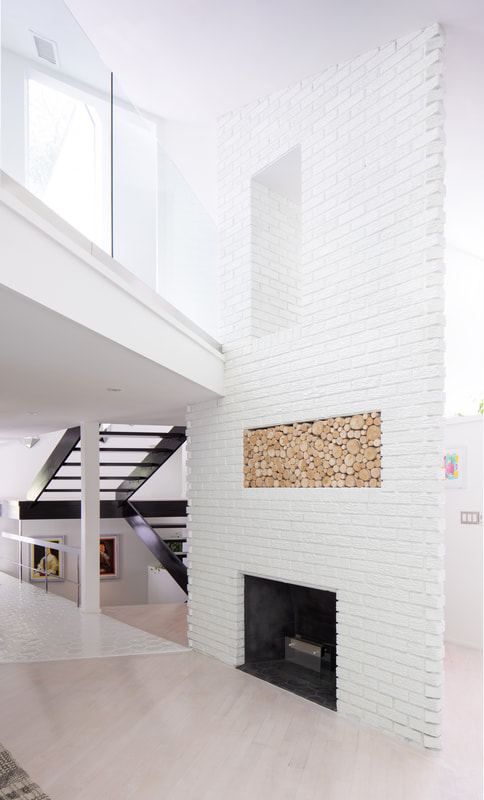 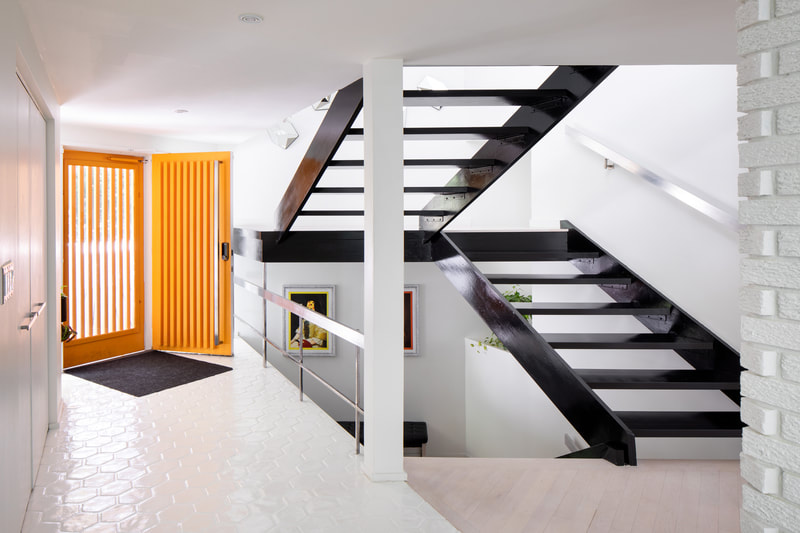 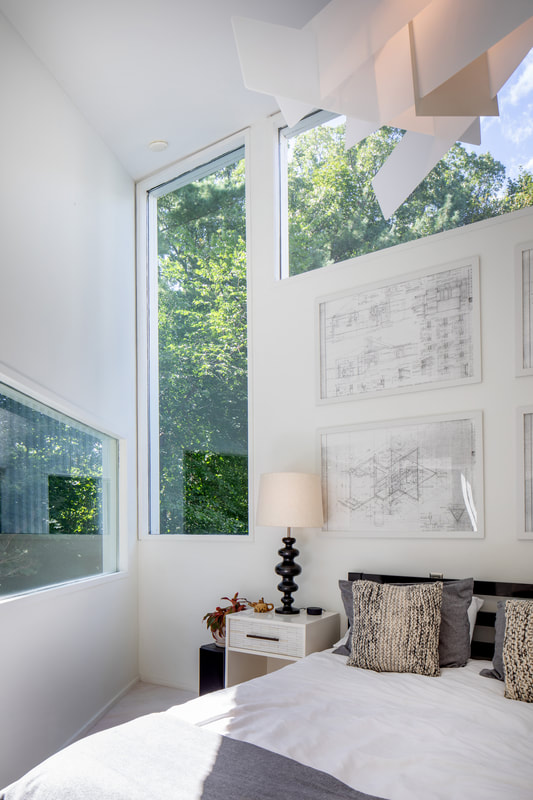 Nate Anderson, a landscape architect and former Docomomo US/MN board member, bought this 1957 walkout rambler, which was in foreclosure, in 2008. Designed and built by an architect for his family, his daughter later lived in the house, then sold it to a couple who began extensive changes then lost the house. Nate’s goal was “to get the house back to where it belonged and beyond.”

The house had its original Anderson windows, cedar siding, partially vaulted cedar tongue-and-groove ceiling, and bomb shelter with 2X4 bunkbeds--all of which Nate kept. He maintained the original circulation pattern but updated the kitchen; stripped sheetrock off the fireplace and installed period-perfect brick veneer; and added a vaulted ceiling in the kitchen to match the living spaces on the other side.

​Because Nate loves Atomic Ranch retro style, he’s created a soffit detail that floats over the kitchen, installed boomerang hardware and more. He also installed a floating wood stairway, created a courtyard between the garage and the house,  and established a stunning perennial garden in the front. 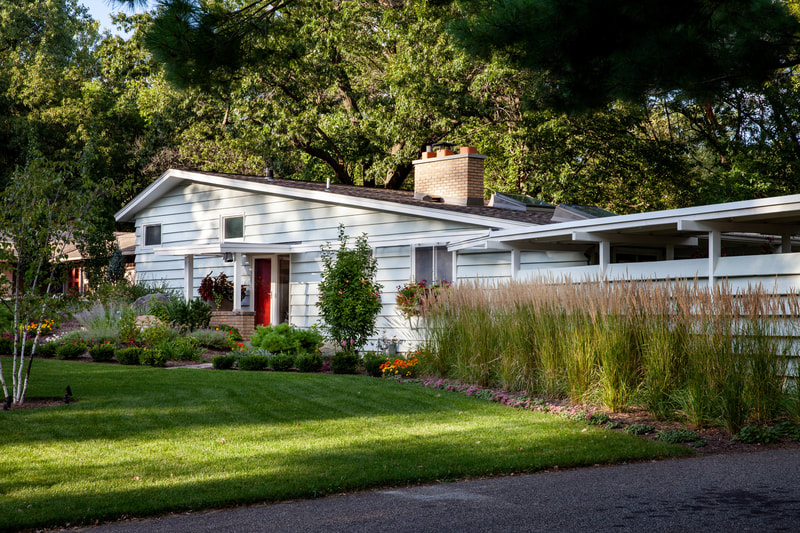 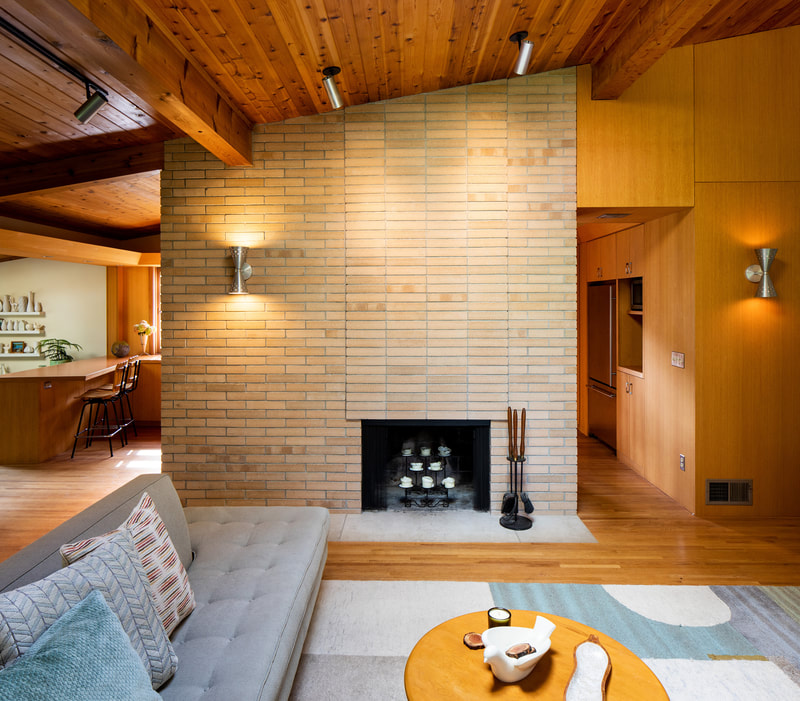 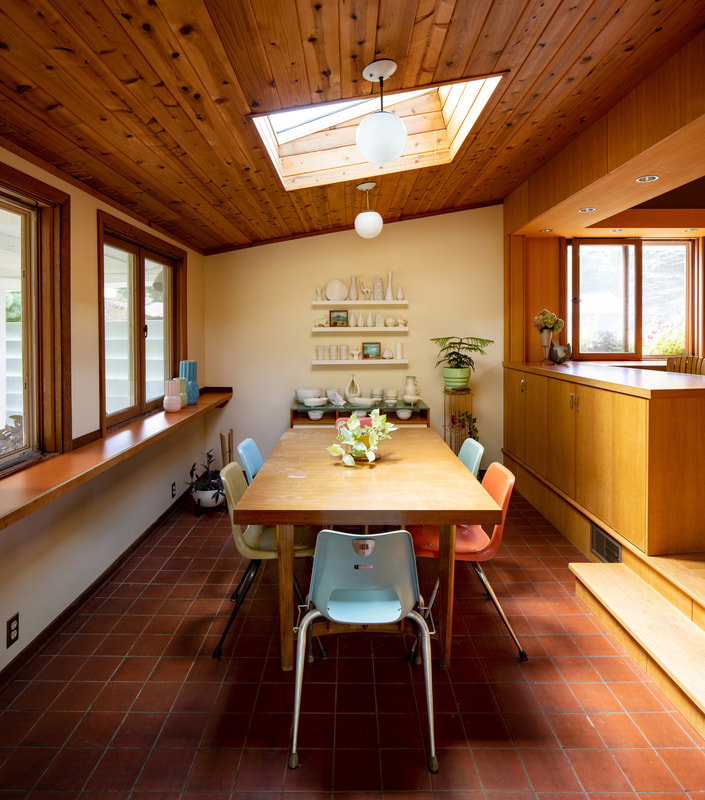 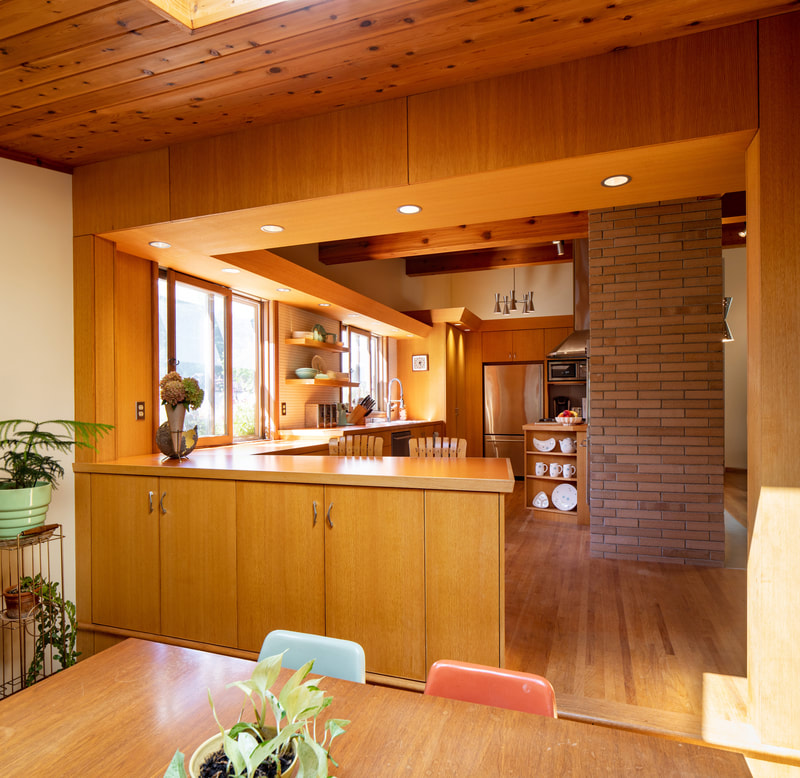 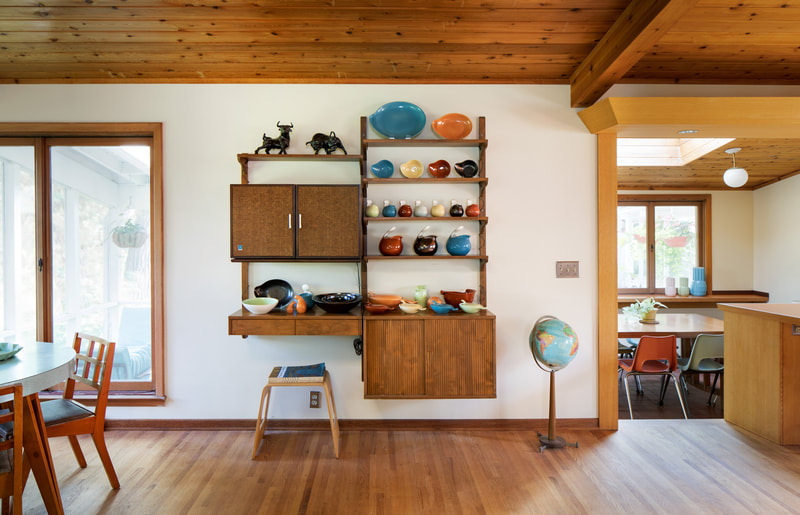 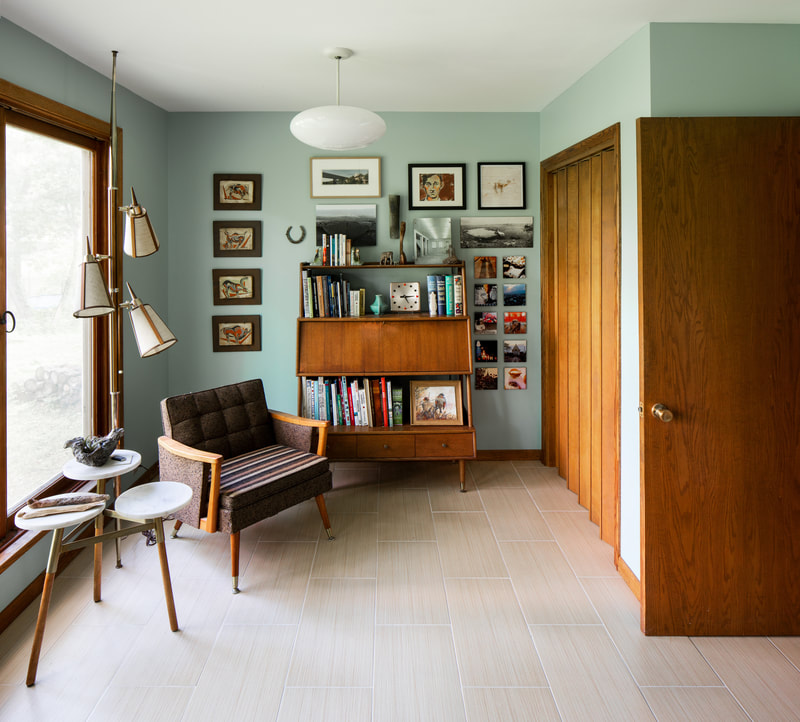 Photos by Ben Clasen
Get Tickets!
Additional tour locations to be announced soon!
Docomomo US MN